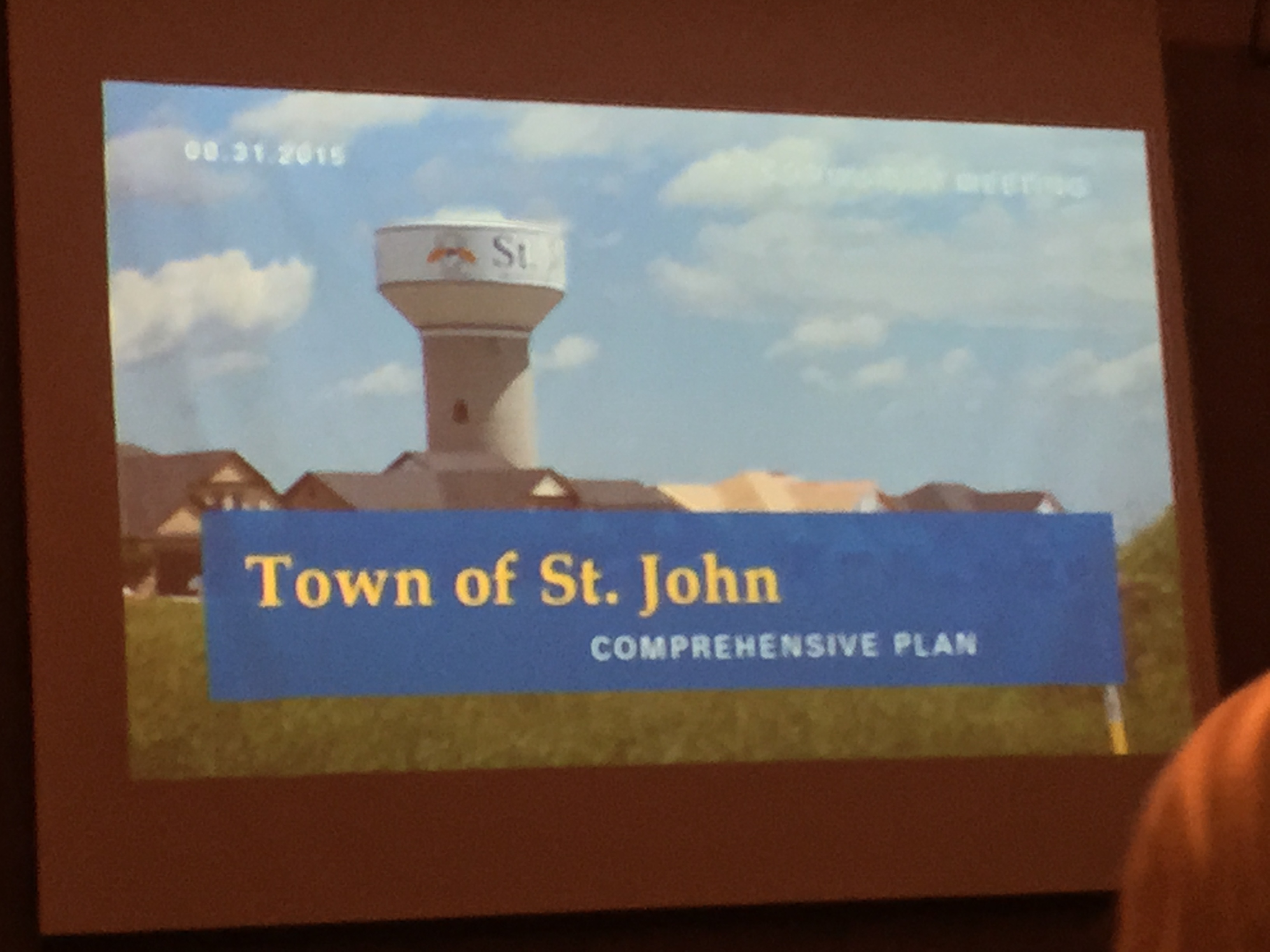 New train station? New businesses? Better traffic flow? This was all discussed at the St. John Public Town Meeting that was held at Lake Central High School on Monday night.  The town’s planning team went over their St. John Comprehensive Plan to break down their long term goals for the town based on the results of the over 1,000 survey results that were sent in from August.

In 2005, the town of St. John, IN held a meeting just like Monday nights in which the SCB team did their plan at the time. On Monday, the goal was to address that plan and look at how things should be changed to relate to the very quick expansion that was happening to the town with new homes, businesses, increased population, and much more. The SCB team has had a great track history of putting together plans with St. John and is known well for their zoning code revisions from a few years ago. Their past and current experience gives off a great deal of confidence in trusting them as they begin the initial steps in laying out long term goals for the town and how to improve their imprint in Northwest Indiana.

The goal of the meeting was to cover the policy and guidelines they planned to put in place for developing the town in the long term both physical and economically. Why do this? Because the town is growing exponentially in population, new business creation, new land annexations, and much more. Addressing these now will lead to St. John being able to adjust things such as traffic flow, transportation, and business layouts to grow with the changes that are occurring.

The town’s SCB put together a great plan and wanted to reach out to the residents for ideas on improving it. In the town survey that went out last over a month ago and brought in more than 1,000 results, we learned a lot about why the Comprehensive Plan was being put together. In 2000, the population of St. John was 8,380 people. In 2010 it was 14,800. As of now, there is an estimated 16,987 residents with eyes set on planning for it to grow over 20,000 people in the near future as new developments such as The Preserve get prepared to begin production in 2016 near Schillton Hills. Homes have brown from there being 2,800 to now over 5,300. But, with this growing population and home amount we also learned in 2000 St. John was only 8.4 sq/miles of land which has grown to being 12.4 sq/miles as of today. 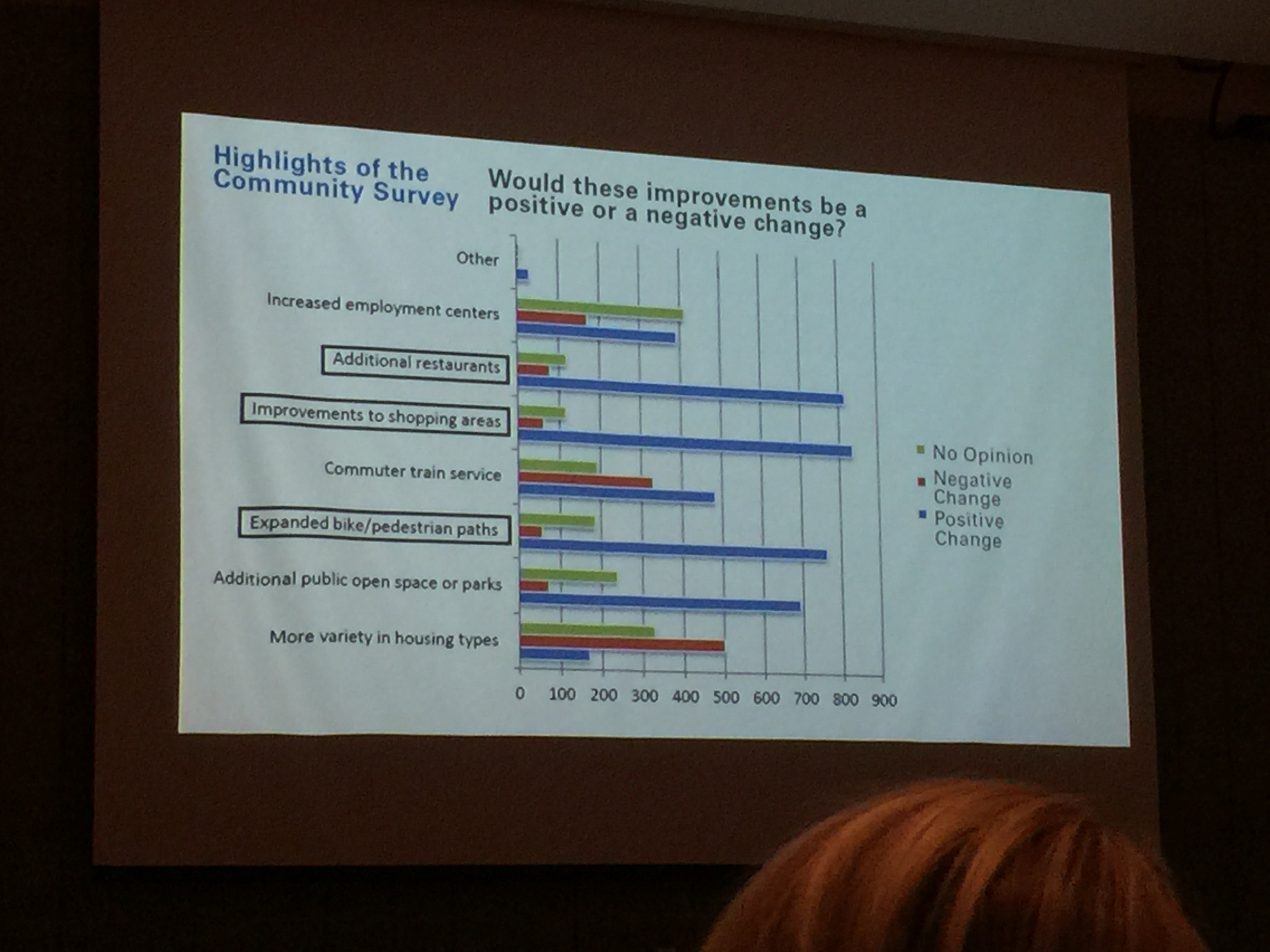 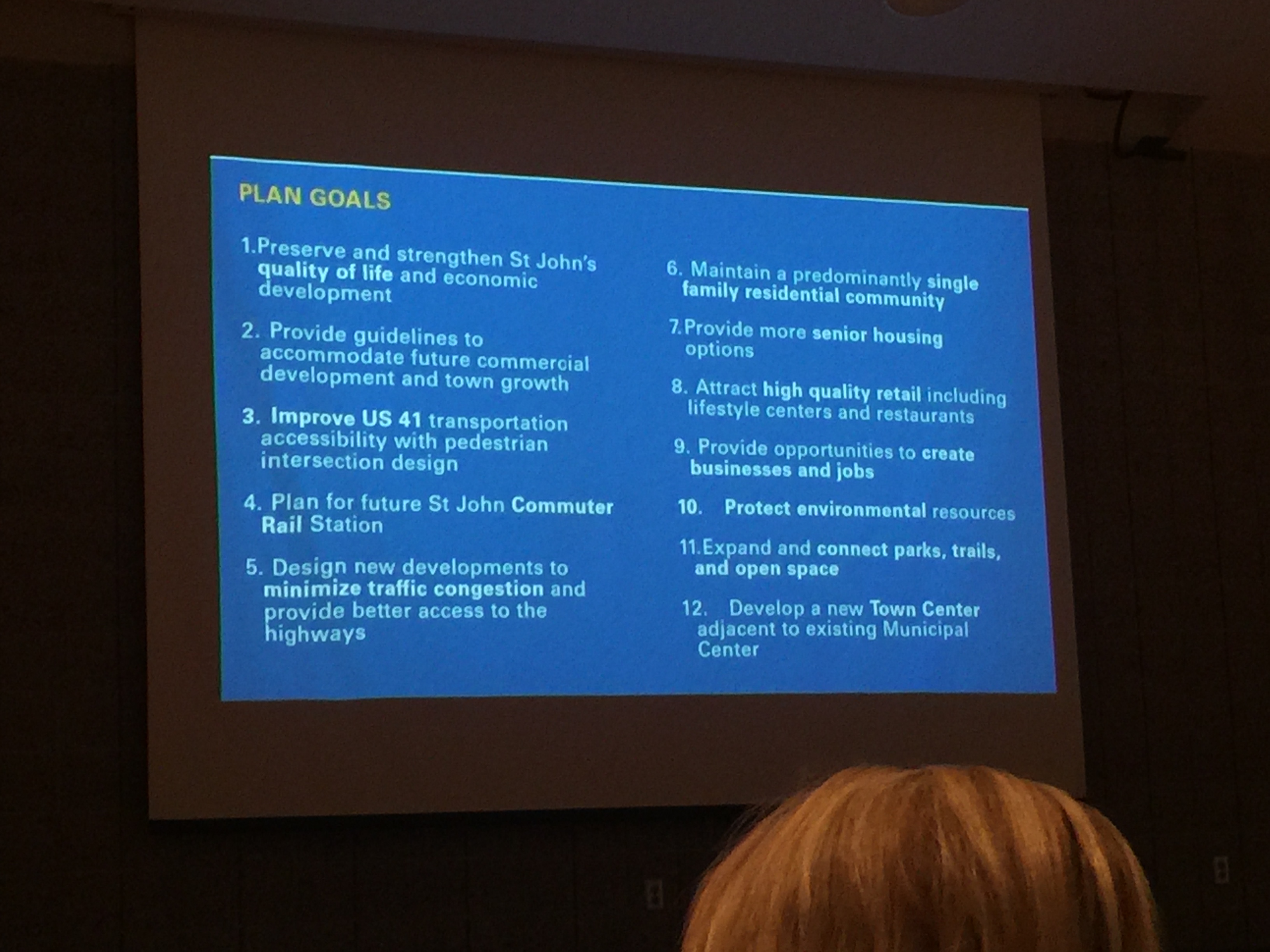 With some of this in mind, the town wanted to focus attention on their goals. Improving pedestrian crossing and walk areas was a strong focus along with building a new shopping center and also bringing attention back to building the Train Station. Making commercial areas right off of 41 was one of the biggest things that had attention. The goal was to related to towns such as Plainfield, IL and also Long Grove, IL as examples by developing a very nice look that would be much more “walkable” and pedestrian friendly for walking and biking around to locations, which residents showed the most frustration over.

How was transportation being planned to be improved? The main goals were to improve 41 with a center turning lane and developing frontage roads for retail areas while increasing intersections safety for pedestrians. Reducing congestion was the largest highlight. Plans of adding stop lights were set at Wall Street, 93rd Avenue, 96th Avenue, 101st Street, 103rd Avenue, and 105th Avenue. While focusing on improving these areas of road transportation, the town wanted to address that with any future developments they approved would be required to have a walk/bike path that would begin to connect into their plans of building more paths throughout the town to allow for safe and easy navigation to the new developments and to areas in the southern part of town which they feel will start seeing a larger influx in population and business focus, especially around 231.

Referring to 231, the meeting started to focus on the southern area of town which is where they proposed the new location for a train station/commuter rail. There is a large area of open land which provides a great area for development of the station. There is still plenty more planning involved with this but they wanted to address the idea of the new area in hopes of getting feedback, which we would love to hear in the comments below. 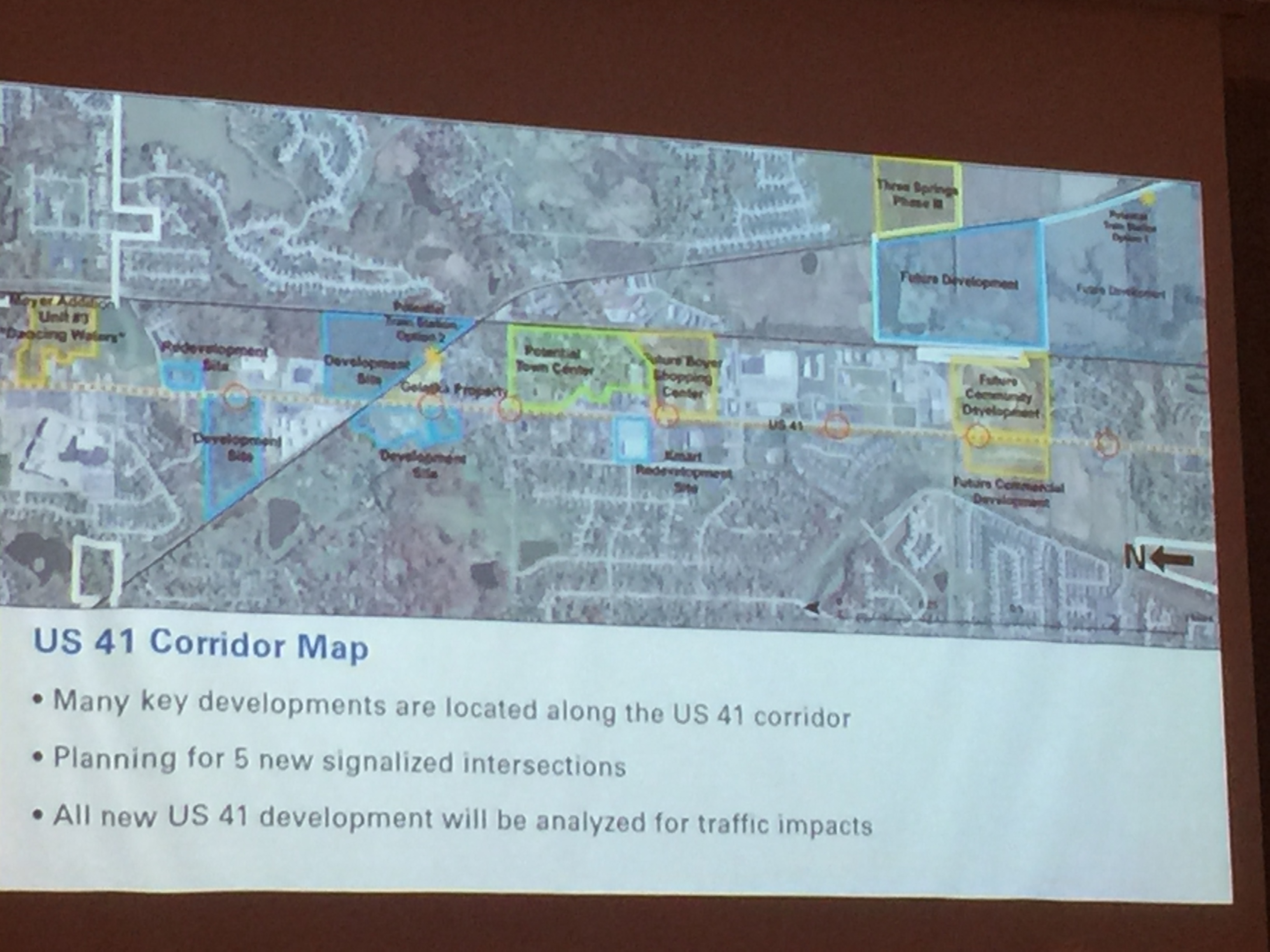 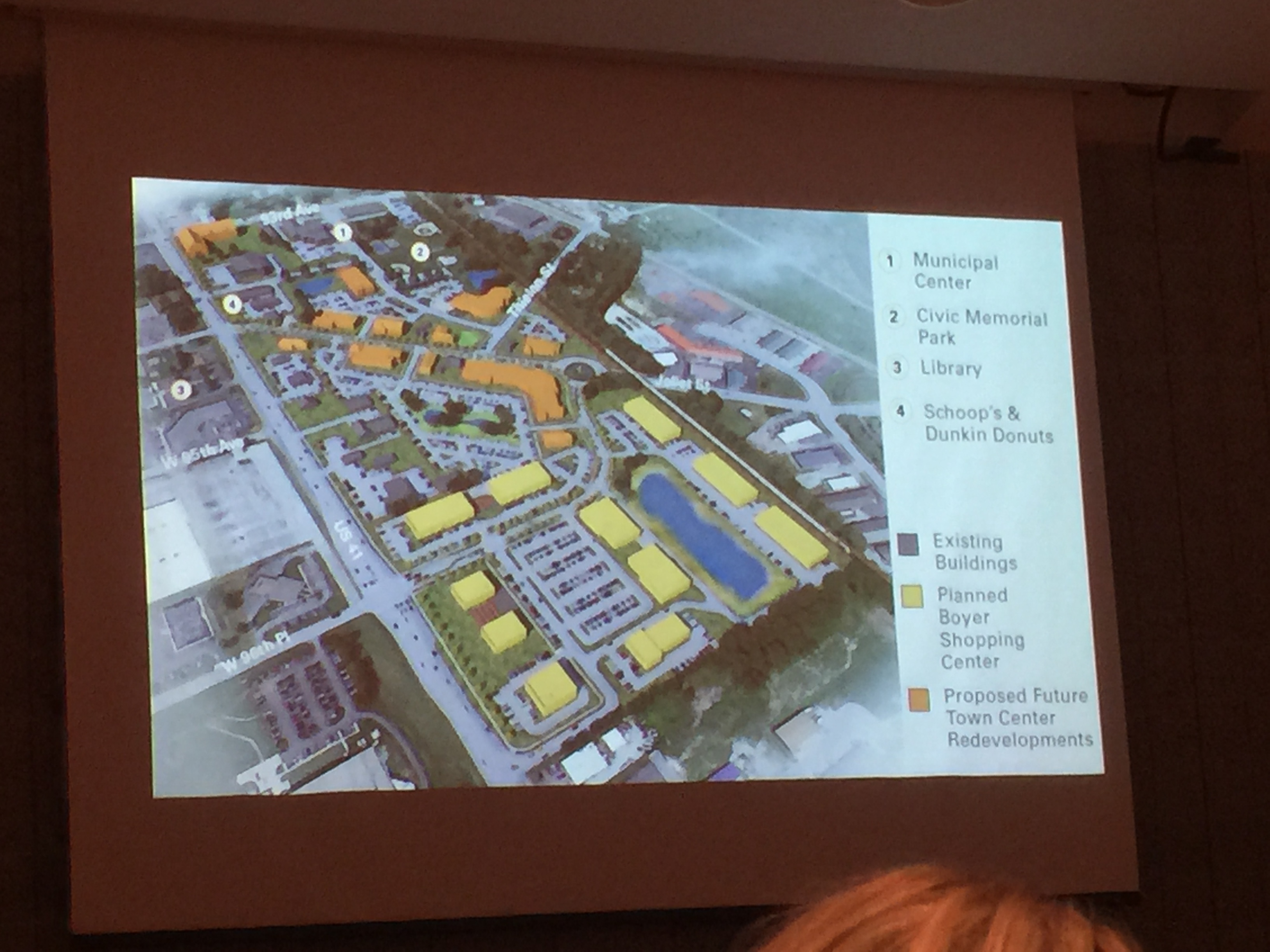 Overall, the town’s comprehensive plan put out a great set of ideas to help build St. John and the Northwest Indiana region in a great, positive way. Plans beginning for the new train station, more walking and bike paths, safer pedestrian walk areas, better transportation and flow of traffic on main roads such as 41, and much more. We have reached out directly to the town for a copy of their presentation and will update this post with a copy of it as soon as we hear back. What are your thoughts on the current plan from the town? Leave a comment below!

UPDATE: The team working on the improvements has emailed us and let us know they are reworking a few things based on feedback from the town meeting and will be emailing us in the near future with their improved plan for us to share with everyone!