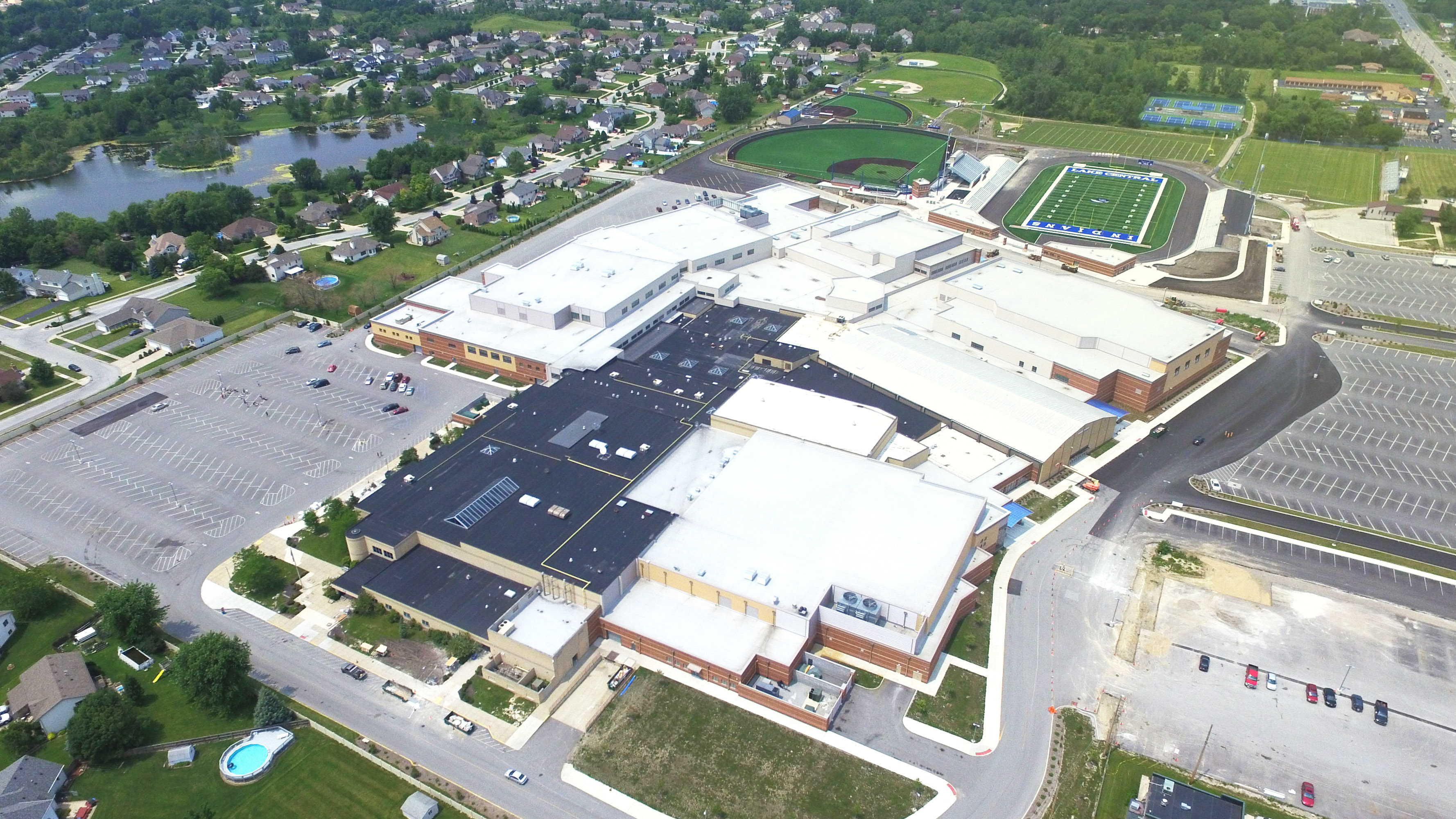 One of Northwest Indiana’s top academic schools in the area, Lake Central High School, has been under construction for almost 4 years now with a huge remodel project. The project included adding an entire new building with 3 floors, a new track, new pool, new classrooms, expansions to many departments such as IT, management, and more, and another list of great things to help improve not only the look, but also the quality of the school. With over 3,000 students getting ready to start class in August of this year, the contractors and moving along right on time to get things finished before the first bus arrives to drop kids off for their 7:30am class.

Right now, students have already had a chance to walk around, use, and view the new pool and the 3 story expansion that included new classrooms, classroom material, technology, and more. When driving by, we see that the new track is there as well as a brand new artificial-turf stadium for football. The athletics received quite the improvements, which is great because if you look in the past you will see a large amount of students have received large scholarships, full rides, and even moved up to professional levels of competing for many of the sports offered from Lake Central.

According to an article from the Chicago Tribune, we should expect to see the new full-size auditorium and also a smaller rehearsal theater pushed back on the schedule for being completed some time around November. Though, the new music rooms, media center, gymnasium, and administrative offices are still on track for being completed. We are expected to have a date set in September which will be for community members to have the opportunity to take a full walk through of the school. Expect a post once details are confirmed.

With a new school on the way, it is definitely an exciting time for not only the members of the local community but Northwest Indiana as a whole. It is great to see the academics of the area getting a strong focus of being improved from quality of the build to teaching to everything in between.

Have questions or comments? Leave them in the comment section below!